We’ve heard some confusion from a few people who pre-ordered The My Little Pony G3 Collector’s Inventory from Amazon and we just wanted to set the record straight.

Fortunately for us (but unfortunately for everyone else) pre-orders for this title were a bit more than Amazon (or anyone really) expected. So, they did not have enough copies on hand to fill all of the pre-orders by the release date.

If you are one of the people that did not get your pre-ordered copy yet, as the Hitchhiker’s Guide to the Galaxy would say, Don’t Panic. Amazon (and all other stores) will be getting more copies in next week so your copies will ship then. Do not let their scary little "ships in 4 to 6 weeks" message fool you. That message will likely be there until they have a clear sense of the demand and get used to having enough copies in stock. They like to overestimate shipping time to avoid complaints when they aren’t sure of the demand. Us niche presses really confound them sometimes.

If Amazon emails you and asks you to cancel your order, we would advise against it.

"Why," you might ask, "can’t I just order again later?" You could, but then you would lose your pre-order discount and would have to pay the full retail price when you ordered again. Isn’t a little patience worth it to not lose your discount?

While Amazon was the only bookstore taking pre-orders for this title, by the end of the month the book will be available in nearly all major bookstores so if you prefer to order from another store, you’ll be able to soon.

Can you spot the My Little Pony cameos in Mad TV’s Thunder LOLcats video? 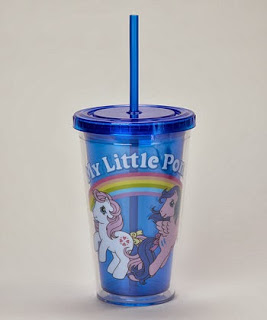 Zulily has My Little Pony clothing, plush and toys for up to 65% off!