ONE FOR THE GIRLS: Bonnie Zacherle, one of the original ‘My Little Pony’ designers, signs an autograph and draws a pony for a youngster during an appearance at Hasbro’s booth. [SOURCE]

One audience member asked [Todd] McFarlane if he could draw a “My Little Pony” sketch for his wife, as several other Image creators – including Kirkman – have already contributed. “I might be able to do it, but you must realize that Todd’s ‘My Little Pony’ is slightly different than everybody else’s,” he joked. “Dark form with the big thorns coming in, then you take that big stretchy tail and strangle people… ‘My Little Pony,’ this!” [SOURCE]

Meanwhile, over in Villainville, Dr. Doom and the Lethal Legion are plotting to take over the world. To give you an idea of what kinds of villainy we’re dealing with, they did a special cast reading at the convention. It’s plot: Dr. Doom’s quest to acquire an exclusive My Little Pony collectible. The series kicks off with a four-episode marathon on Cartoon Network September 19, and I’m strangely very excited about it. [SOURCE] and [SOURCE]

Were you at the event this weekend? Share with us your MLP memories!

Seriously the coolest Princess Luna cosplay I have ever seen! http://buff.ly/1j… 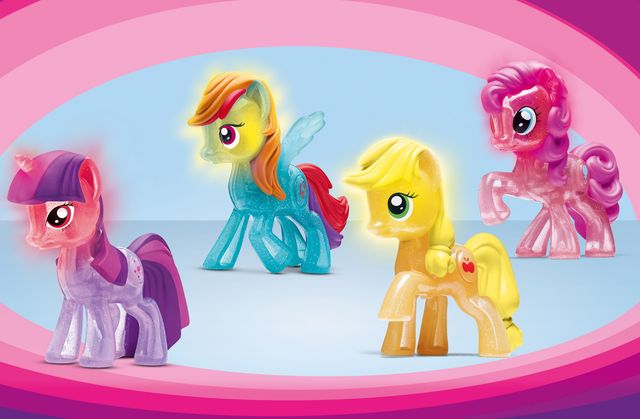