For more information about this pony, please consult The My Little Pony G1 Collector’s Inventory by Summer Hayes.

Interesting fact: My Pretty Pony is also the name of a short story by Stephen King. 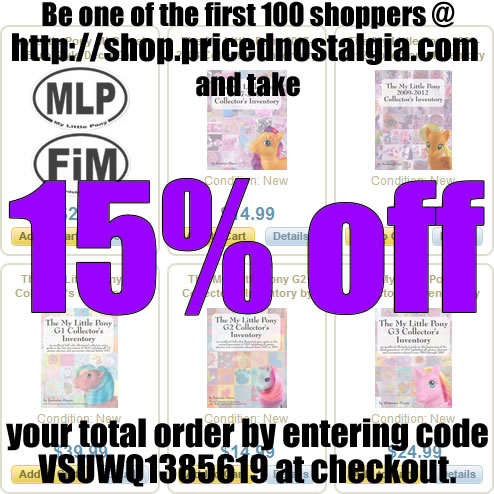 Take 15% off My Little Pony price guides and stickers and they’ll arrive by Christmas!