What do you think of the new My Little Pony style and poses? 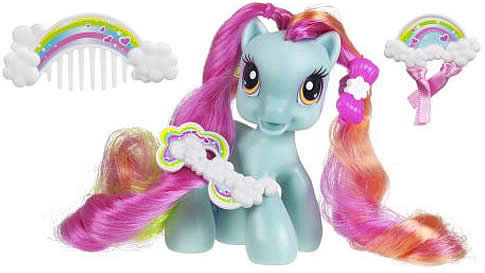 Hasbro decided to take My Little Pony in something of a different direction this year with bigger heads and smaller bodies. While this new style makes My Little Pony look more like the Littlest Pet Shop line of toys, they don’t have much in common with the ponies of last year.

Toys R Us just announced via Twitter that they are starting to stock these new MLP items so I wanted to take a look at the first ones to hit stores and find out what you think of them.

Let’s take a look at four of these new ponies in this new pose and style: As a fan of the vintage MLP, I prefer that when the new ponies look as much like the old ponies as possible so I cannot get 100% behind this new look. That said, I have to admit that some of the pigtail ponies are a little bit cute.

So while I don’t love this change, I could get behind it, I suppose assuming they still make ponies in the traditional style.

One thing I can’t get behind?

My Little Pony So Soft Starsong

But I’m just one opinion. What do you think?

Anyone watching the Preakness Stakes today? The best part of the Kentucky Derby… 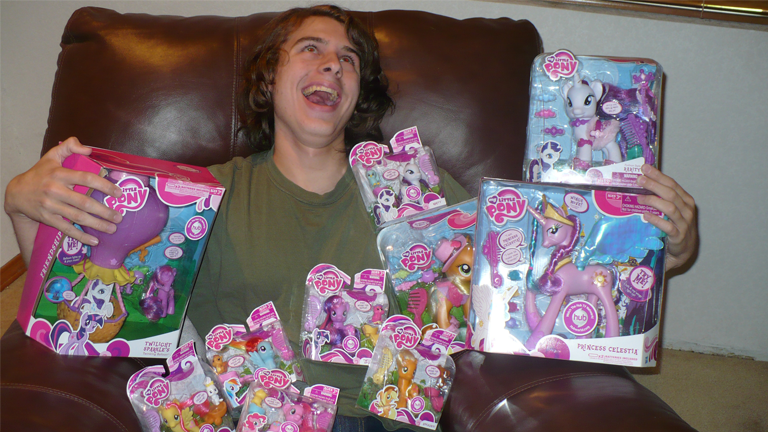 New WeLoveFine My Little Pony T-shirt contest is for Friendship is Magic Bronies only?