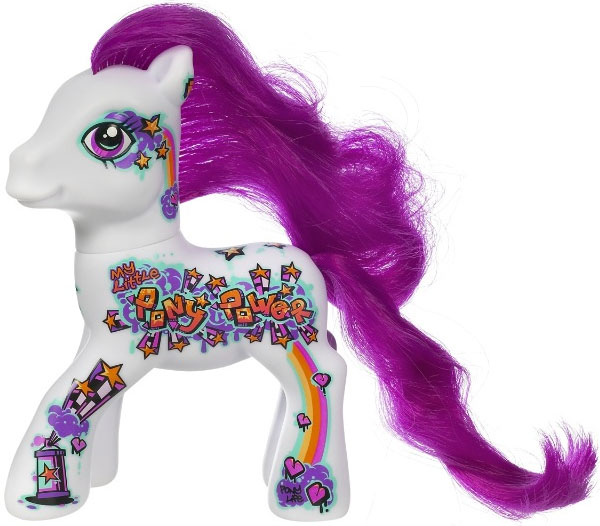 The Comic Con ponies have been one of my favorite sets of the third generation so I was totally excited to see what they had cooked up this year.

Here is the 2010 Comic Con exclusive pony that only attendees of the San Diego Comic Convention will be able to buy (at least, until they start showing up on eBay):

My first reaction? I totally dig her.

My second reaction? I’m kinda bummed them moved away from the superhero theme but it’s OK, she’s still hella cool. I know white and purple has been done before but I love the overall effect.

But what you do think? Will you be trying to grab one on eBay after the fact?

Are you read for the return of Battle Beasts?