I stumbled upon on article on ToplessRobot.com that complied a list titled “11 Insanely Awesome Dinosaur Toys” . It was a lot of fun going down memory lane. A couple of my favorites from my youth were featured; such as Dino Riders, Jurassic Park, and one I never owned but remember the commercials for, Zoids. Other toys that made the list were Transformers Dinobots, GI Joe Dino Hunter, and than a bunch I’ve never heard of but swear I remember seeing commercials for them or saw them in Toys R Us. The ones I’m not too familiar with included Imaginext Dinosaurs, Prehistoric Playset, Little Yellow Dinosaur , Robotix, Definitely Dinosaurs, and Stone Age Dinosaurs.

The site has some photos, but also some great old school commercials off youtube. My favorites were the Dino Riders and Jurassic Park ones. Anyway, it was a fun read and the site itself had a lot of great things so I would definitely recommend it. 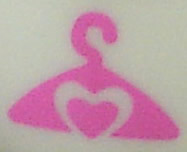 Yay for less gendering of toys! Look at the bronies, adapting social change with…