Why are some G3 Skywishes bright neon & others aren’t? (My Little Pony variants & variations) 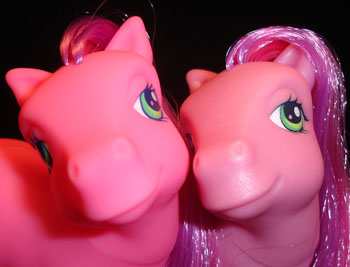 Let’s talk about Skywishes. Lovely pony, from the third generation, has two kites as her symbol (one of which is shaped like a butterfly). Has purple and pink hair and a purple heart cutie mark.

What color is her body, you ask? Well, let’s talk about this.

See, there are two different versions of Skywishes. They are in the same exact pose, have the same hair color, same symbol, same eyes, same cutie mark and both are insufferably smug about something. But their bodies, while both in the pink color family, are clearly not the same color.

One is a bright neon pink while the other is a shiny pale purple. This isn’t fading or damage, there really were two different versions of this pony. The neon pink version (on the left) is from the 2nd set of Seaside Celebration Ponies set. She was on a tropical vacation. Maybe its supposed to be a tan? 😉

The purple-y version (on the right) came with the first Perfectly Pony set, Sweet Reflection Dress Shop, and the Musical Wishes Jewelry Box.

So, as a collector, all you want to know is which is worth more, right? Well, here’s the thing. Logically, the neon version should be rarer since she only came with one set and the purple one came with several. But since not every collector got playsets and the Seaside Celebration was a popular set (everyone is a sucker for little plastic friends and hula skirts), it may end up being more even than you think. The one factor to keep in mind is that, since she came with more accessories, Neon Skywishes will be worth more mint in box than Perfectly Pony Skywishes who only came with a brush and possibly a charm. “Psst! I think they’re talking about us.”

But sellers don’t often realize there is a difference so you’ll have to look closely when buying online to check which version of her you’re getting. You’ll often see either version of this pony listed as the other so by careful when you buy and be sure to ask questions to avoid disappointment.

Anyone want to add anything to this discussion of Skywishes? Please chime in below.

You asked for it and we’ve delivered! Combo pack for all 5 My Little Pony Collector’s Guides by Summer Hayes in the same listing! http://buff.ly/1CzVKH1 You can still purchase any of the books individually (or in other combinations) here: http://buff.ly/1CzVNme

Win a free copy of The My Little Pony 2007-2008 Collector’s Inventory in our Twitter contest! 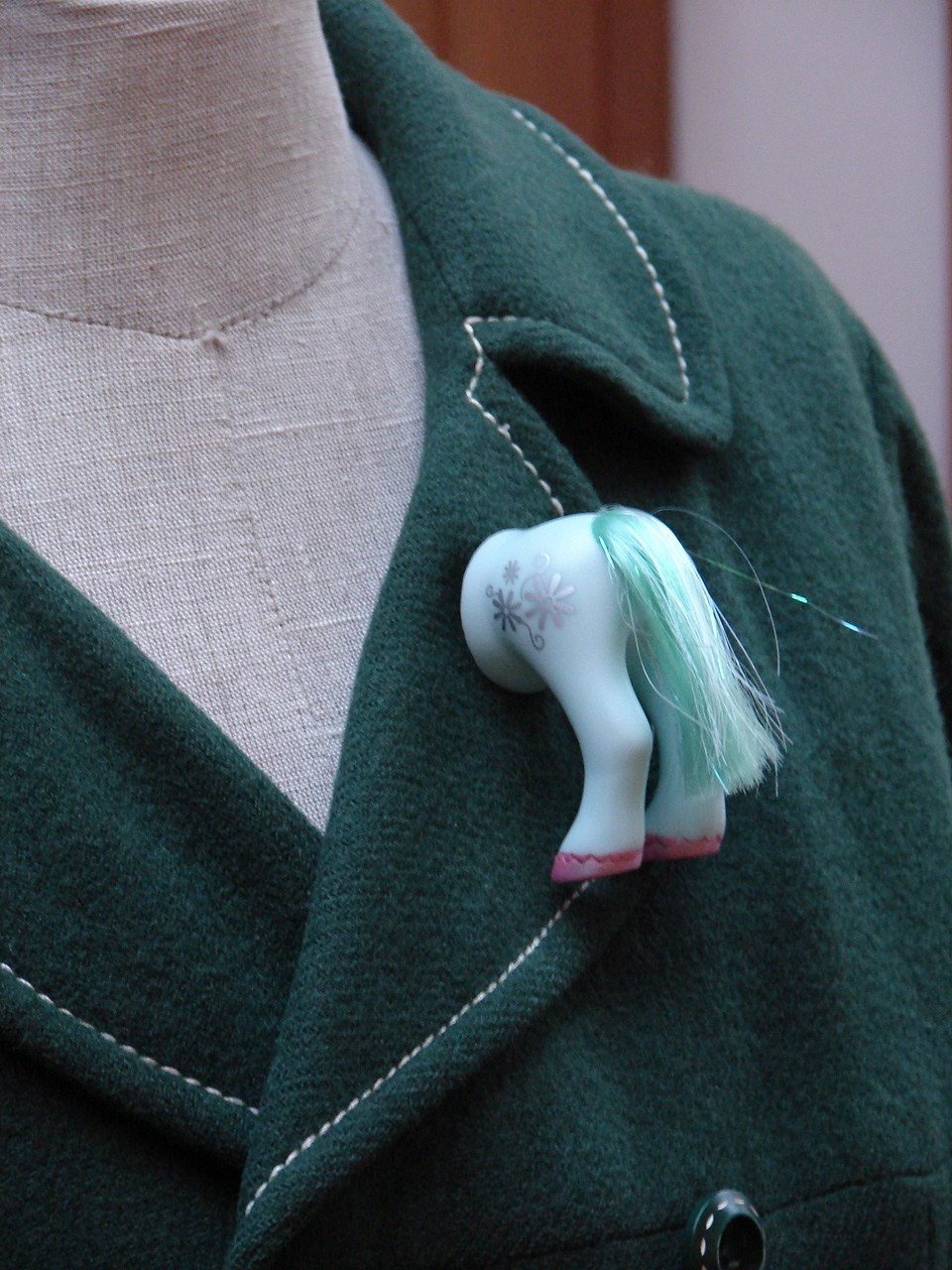