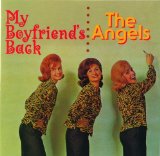 The Hess Truck is one of the most beloved holiday traditions not to mention a favorite of collectors for several decades. In celebration of the holiday season, here’s some festive Hess Truck trivia that you can use to amuse your friends and best your enemies! We’ve put together a little gallery of the Hess Trucks through the years. Which ones did you love as a kid?