The newest batch of My Little Pony McDonald’s toys are here! Or, uh, coming soon. It depends on who you ask.

See, officially, the MLP toys start next Sunday and the McDonalds site shows them as coming up next with Only Hearts Pets still in Happy Meals right now. But many fans have already gotten the whole set and some McDonald’s are reporting that they are already sold out of the toys which means they’ve been giving them out already.

Either way, you should probably get to a McDonald’s ASAP if you want one. Your McDonald’s may not have the toys yet, though, so don’t blame me if you come up empty handed. Just be sure you call before going to avoid disappointment.

As for the toys themselves, there are 8 ponies total, each of which is a character from the new Friendship is Magic television show. Each pony has a brushable tail and their stands comes apart to become two combs.

The ponies available are:

I went ahead and took some screenshots form the official Happy Meal site to give you a better look below.
Click either photo below and it will open larger in a new window.

Here’s the stand converted into combs:

Which one is your must have? 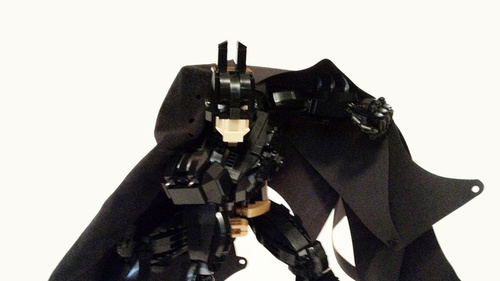 You have to check out this articulated Batman figure made entire…

The Muppet’s Bean Bunny (and his alter-ego Bean-Bo)