One of the most popular things to come out of Disney’s partnership with Hasbro was the Build-a-Pony station. This theme park exclusive area could be found in Mickey’s Toontown Square in the County Bounty store and in Downtown Disney in the Once Upon a Toy Store. There My Little Pony fans could fill a box with as many ponies, accessories, outfits and more that could fit all for a flat price (which they sadistically kept raising, just to annoy me). In addition to outfits that let your ponies dress as some of their Disney favorites like Tinker Bell, Cinderella, Ariel the Little Mermaid, Aurora (Sleeping Beauty), Belle from Beauty and the Beast, Snow White and Minnie Mouse there were also neat extras like Mickey ear hats, Mickey themed sunglasses, a mini-autograph book, a popcorn stand, tea cup from the Mad Tea Party ride in the Magic Kingdom and even a pony sized premium Mickey ice cream bar!

Sadly, these items have been discontinued one by one and are gone for good. Both of the stations were recently removed from the Orlando area.

While Summer has photos of all the accessories in The My Little Pony G3 Collector’s Inventory, if you wanted any of these outfits for yourself, there’s still hope if you act quick. A quick search reveals that there are still a handful of sellers selling both complete outfits and pieces of outfits on eBay. If you want any of them I highly recommend you grab them soon before a) they run out forever and b) before the sellers realize they can’t get any more and totally jack up their prices (which some have already done, though there are still some that are under $1 as I’m writing this).

Here’s a quick little gallery of some of the outfits:

In the meantime, I am in possession of an extra of one of the coolest (and hardest to find) outfits from this set, the Princess raincoat and hat set, which I would like to give to one of you. Stay tuned for a contest in the near future!

Instead of mourning the loss of these super cool items, instead, let’s celebrate their memory. What was your favorite item, costume or accessory offered as part of this set? 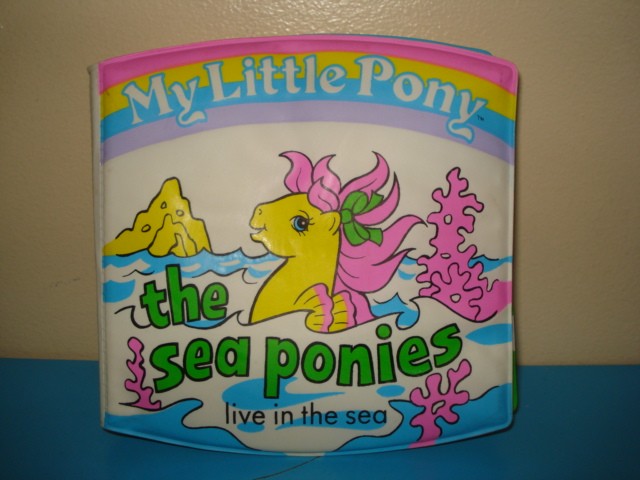 Did you ever read in the bath with the My Little Pony Sea Ponies?