Fan Debate: Is My Little Pony: Friendship is Magic an Anime?

While everyone can agree that the animation style of FiM is different from any previous My Little Pony show, there one question that keeps coming up. Is it an anime?

In this post about iTunes apps, Vern Seward makes a case for one side:

Last week I wrote about three free first episodes of animated shows available on iTunes. I mentioned that My Little Pony seemed to be patterned after Japanese anime, and that the show wasn’t my cup of tea. Some of you suggested that I missed the mark on that show, that it contained wit that adult males would appreciate, and that the animation was top notch.

Well, I watched it again. My opinion hasn’t changed. My Little Pony is not for me.

The problem is that while My Little Pony is not anime, it’s close enough in style that it turns me off. In general, I’m not a fan of Asian anime. I can’t take the big shimmery eyes, the cutesy sidekicks, the exaggerated expressions, the randomly place poignant pauses, or the odd fascination with large breasted schoolgirls dressed in extremely short plaid skirts. I just can’t get into it, and I’ve tried. 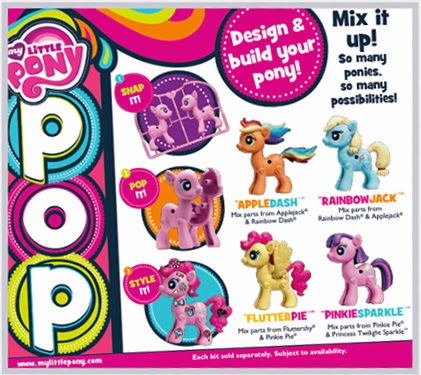