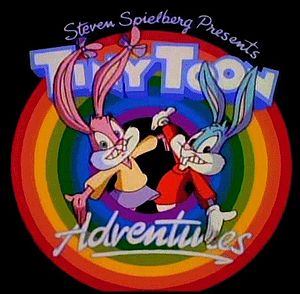 The heroes and main characters of Tiny Toon Adventures, Babs and Buster studied under Bugs Bunny and the other Looney Tunes greats at Acme Looniversity while tackling social issues and the thwarting villains weekly.

While Buster was a master of mischief like Bugs, Babs is a master of disguise and a woman of 1000 impressions.