Dust off those adoption papers – Cabbage Patch Kids may be returning in the form of a new animated television series.

According to the Hollywood Reporter, the rights were purchased from creator Xavier Roberts’ company, Original Appalachian Artworks, by Galen Walker – the producer behind the “Teenage Mutant Ninja Turtles” movie.

CNN has the story: Cabbage Patch Kids may return to TV 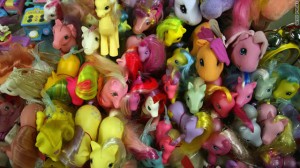 The trailer for the new Rainbow Brite is here, pony fans. Could this be Rainbow…