A.V. Club gets all deep about My Little Pony: Friendship is Magic, Bronies and women embracing their inner child

You can read the full article here but I wanted to highlight this bit:

However, a recent niche pop-cultural fascination represents a potential evolution in this schism: the unexpected unisex popularity of the children’s television show My Little Pony: Friendship Is Magic, specifically the cult of “bronies,” or adult male Pony fanboys. It’s hard to think of something that screams “for young girls” more than the big-eyed, Lisa Frank-colored ponies that fascinated young girls in the ’80s, yet adult male fans are embracing this revival as a paragon of the “neo-sincerity” movement. Friendship Is Magic and bronies certainly inspire confusion and even mockery from the general population, but their genesis in and acceptance by stereotypically judgmental online forums like 4Chan suggests a potential for “girly” entertainment to be folded into the same warm embrace “nerd culture” has enjoyed in recent years.

Or maybe it’s just an unrelated anomaly, the ouroborus of online irony circling back on itself. Frankly, I’m not sure what it means yet, especially since My Little Pony has its own nostalgic baggage for women today. But I hope it points toward an increasingly tolerant view of sincere, enthusiastic, irony-free enjoyment of youth culture and nostalgia, and that the teenage Justin Bieber fans of today will be able to squeal along to his 2025 comeback concert, free of shame or scorn.

Please give your answer in the high brow style of the article 😉 Really? “the ouroborus of online irony circling back on itself”? Sheesh!

Want to preview our newest My Little Pony price guide? 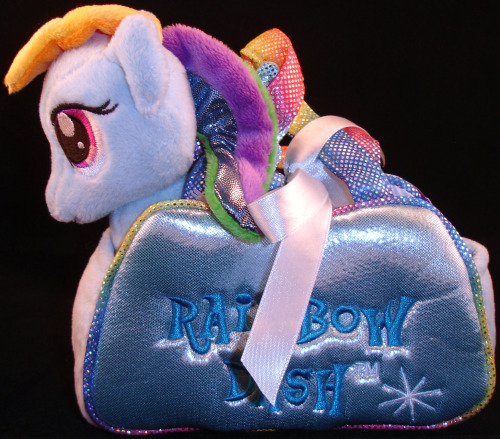 How can Hasbro take advantage of the unexpected mass appeal of My Little Pony: Friendship is Magic?