How cool is this?

Castle’s executive producer has confirmed that the show will air an episode based on Ghostbusters next season.

Laurie Zaks explained that he is hoping some of the original Ghostbusters stars will appear in the installment.

“The episode airs on Halloween night, so we had to do a Halloween episode,” he told Collider.

“The story arena was just broken, but my own personal wish for that is that we get one of the original Ghostbusters to appear. I think it’ll be a very fun episode. Honestly, that’s all I know about it because they’re just starting to write it… Everyone’s really excited about that.”

Here’s the full story. Will you be watching?

Spring Sale: Last 24 hours to save!

The Ghostbusters Tour of New York 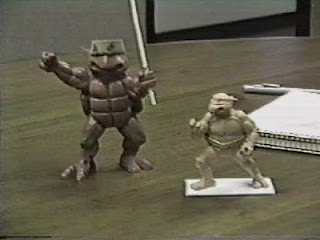 What if the TMNT action figures had been larger, like the size…