Win a My Little Pony Friendship is Magic DVD and MLP FiM stickers in this easy to enter contest! 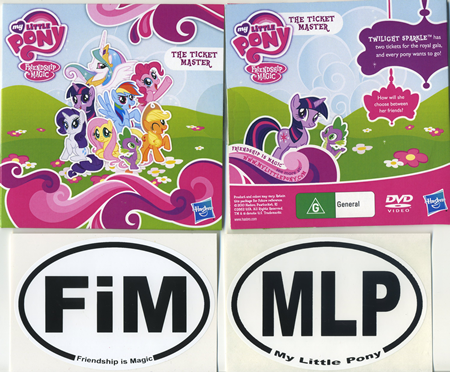 This was a rough summer for this site. We were attacked several times and had all sorts of outage issues because of it. While we still have no idea why this of the entire Priced Nostalgia family of sites was targeted (Did we get caught up in some kind of anti-brony backlash? No idea.), we are fine now and the site is good as new. To celebrate, we’re having a…

This contest is open to everyone internationally as well as in the USA and is super easy. To enter, just leave a comment below that answers the following question:

When did you first realize that you were a My Little Pony fan?

Easy right? Comments and replies to comments both count as entries. No matter how many time you comment, it only counts as one entry. We’ll use a random number generator to pick the winners at the end. (Also, if you see me commenting, don’t worry, I’m not eligible. :-))

Here’s the only tricky part: We won’t pick a winner until there are at least 15 unique user comments below so make sure to pass this link around to your fellow pony friends to make sure we get enough. If we pass 30 unique user comments, I’ll pick a second winner. (Don’t worry, everyone who’s entered before that point will still be eligible for the second drawing so the sooner you enter, the better your chances.)

The winners of this contest will receive… (In the picture above, you’re looking at the front and back of the FiM DVD sleeve. I have two of these, hence the two prize packs. Each winner will get one.)
If we somehow reach enough comments on this over the weekend, just keep commenting and I’ll pick a winner on Monday. As far as I’m concerned, everyone who comments up until the moment I close comments is sill eligible so enter away! The winners will be announced on the blog so keep an eye out.
So… what are you waiting for? Start commenting! 🙂 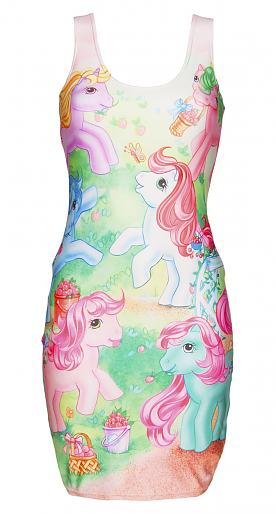 Which one do you prefer, the vintage or contemporary version? #mylittlepony