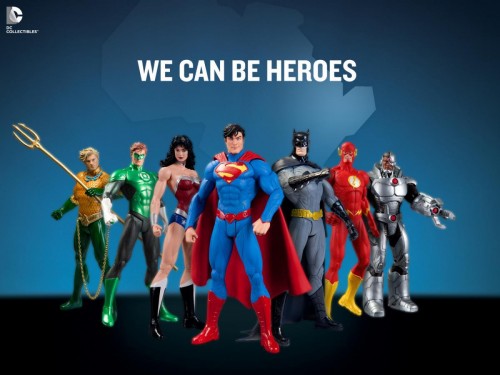 The DC Collectibles team also revealed a very special action figure set that will benefit DC Entertainment’s giving campaign that fights the hunger crisis in the Horn of Africa, We Can Be Heroes (www.WeCanBeHeroes.org ). The set will go on sale in October 2012 and feature DC Comics – The New 52 action figures based on iconic characters including Superman, Batman, Wonder Woman, Green Lantern, The Flash, Aquaman and Cyborg. DC Collectibles will release the figures individually starting with Batman in May 2012, however as an added bonus for collectors who purchase the set, they will get the Superman figure well before its individual release date in 2013.  A percentage of proceeds from the action figure set will benefit We Can Be Heroes.