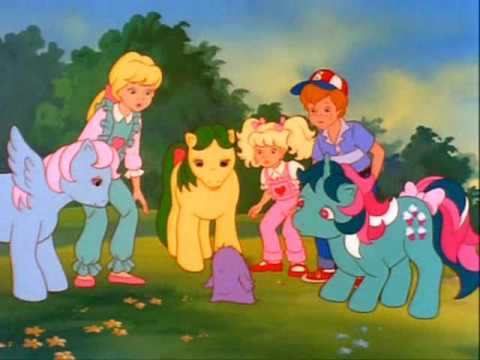 In all the My Little Pony specials of the 1980s, the ponies had three human allies. But poor Danny has never been made into a toy or doll of any kind. If Hasbro’s looking for an idea for a cool limited edition item, a Danny doll would be a great choice, especially with all the new male fans.

Because, as we all know… Would you like to finally be able to own a Danny of your very own?

Remember Madballs? Here’s the vintage commercial for your retro rememberings…

This guy obviously watched My Little Pony: The Movie in an alternate dimension